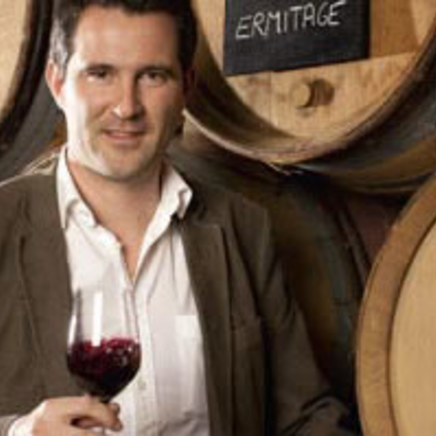 The estate's lands have always housed the cellars and the Ferraton Père et Fils cellar. It is on the appellations Hermitage, Crozes-Hermitage and Saint-Joseph that the house is the owner....

The estate's lands have always housed the cellars and the Ferraton Père et Fils cellar. It is on the appellations Hermitage, Crozes-Hermitage and Saint-Joseph that the house is owned. But it also brings its experience in winemaking and maturing to other renowned terroirs such as Côte-Rôtie, Condrieu, Cornas and many others.

In 1946 the history of Ferraton Père et Fils began with Jean Orëns Ferraton, son of winegrowers. After him, Michel, his son and heir to this passion, gave a new dimension to the father's house with the first Hermitage, Crozes-Hermitage and Saint-Joseph Ferraton which were born. With the help of Michel Chapoutier and his know-how, the vineyard was converted to organic viticulture in 1998 before spending a few years later in biodynamics.

Today, it is a young and dynamic team that works to perpetuate the know-how acquired over several decades. Men who live the earth, the vine. Men who want to be faithful to the heritage received and bearers of the House's new inspirations.


Passionate and faithful to the heritage of those who forged the identity of Ferraton & Fils, the men who make up this estate today are united by a strong fraternal bond. They are committed to working the soil, the vines and the wine always with respect for their environment to create precise and generous wines that truly reflect their terroir. 1998 was the year in which Ferraton took the plunge into biodynamics thanks to Michel Chapoutier and his experience. The quality of the wines is then privileged and preserved.

The estate does everything possible to respect its values. Starting with the respect of the soils so that they deliver all their richness that will allow the vine to restore all the characteristics of these terroirs to the identity so affirmed. All this with the sole aim of creating simple but audacious wines, ready to be shared around convivial moments faithful to the heritage of the family tradition.