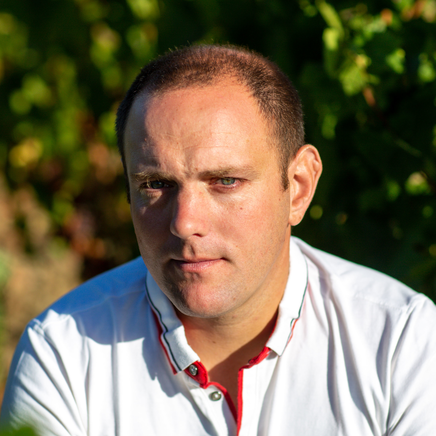 39
9
9
Discover all our winemakers

We are a family estate with 16 hectares of vines. Today my sister and I are the 5th generation to take over and keep the estate alive. We are committed to working with the...

We are a family estate with 16 hectares of vines. Today, my sister and I are the 5th generation to take over and bring the estate to life. We have at heart to work our wines with the know-how that has been passed on to us, while adding our own touch, our own vision of wine. We work the vineyard with integrated pest management and will apply for HVE approval in the very near future (2021-2022). We favour natural grassing, ploughing, the use of interceps and working the soil in general. In the winery, we work with our destemmed grapes, limiting inputs and letting the wine guide us so that it respects its vintage and its terroir. For example, this year we made a wine with no added sulphites on a Bourgogne Aligoté with the first juices from the press. We love and want our heritage to live on and the recognition of our work in magazines, competitions and by our customers is our greatest pride.

5 generations have succeeded one another in cultivating an ancestral know-how at Domaine du Beauregard. The estate is located in Saint Sernin du Plain, half an hour south of Beaune, a few steps from the Maranges valley, in the Couchois vineyards. The first parcels of vines were bought in 1810 and in 1930, Germain Dépernon started selling to the trade. In 1976, Michel, son of Bernard Dépernon and grandson of Germain Dépernon, settled down and continued the family know-how. In 1992, accompanied by his wife Françoise, Michel acquired new and more prestigious plots of land: Maranges, Maranges 1er Cru ''Les Clos Roussots'' and Bourgogne Hautes Côtes de Beaune, in order to develop the sale of bottled wine.in 2000, the family business "Domaine Dépernon Père et Fils" became Domaine du Beauregard.Jérôme and Stéphanie, Françoise and Michel's children, have been with the estate for several years and have contributed their share of the work to bring honour to the Burgundy wines they produce with passion and with their own philosophy of vine and wine growing.