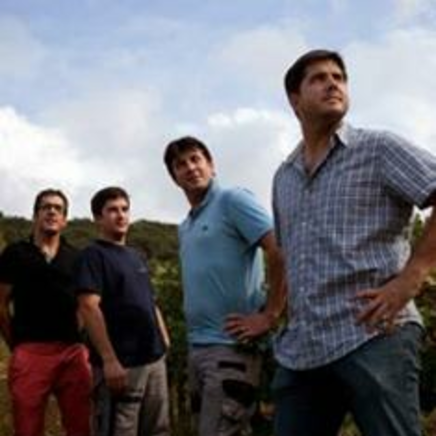 “A vineyard that no longer presents itself!”

Located in the valley of Agly in a wild environment where nature, well preserved, is queen the field extends over an area of 14 hectares. It was taken over in 2015 by three passionate people, who converted the ...

Located in the Agly valley in a wild environment where nature, well preserved, is queen, the domain extends over an area of 14 hectares. It was taken over in 2015 by three passionate people, and the organic conversion was made from the beginning, both for the cultivation and the vinification. Benefiting from an ideal environment, an exceptional terroir and an optimal climate, the vines blossom fully. Hugh Jonson considered it as the only Grand Cru of the South. This "Lafite en languedoc", named by Gault Millau, is one of the top 10 wines in the world for Michael Broadbent.In 30 years, Véronique and Aimé Guibert have succeeded in achieving with their Mas Daumas Gassac wines the rare status of "cult wine". The new generation at the helm of the estate carries these values: respect for the elders and the terroir to create unique wines.

The Mas de Daumas Gassac is first and foremost an exceptional terroir discovered in the 1970s by the great scholar Henri Enjalbert, holder of the chair of geography at the Academy of Bordeaux. Henri Enjalbert discovered that in the middle of the Arboussas massif, under the thick garrigue, there were about forty hectares of deep, perfectly drained soil, poor in humus and plant matter, rich in mineral oxides. A soil that Enjalbert compares to the best Burgundy terroirs of the Côte d'Or! The team on the estate is united and passionate. Each in his own field but all closely linked to each other. In forty years, the estate has been enriched by the contribution of about thirty collaborators in the service of excellence. From the vineyard to the cellar, including the reception of visitors to the domain and the relationship with private and professional clients, several teams work to serve the great wines of Gassac.

The Mas de Daumas Gassac relies on winemakers who respect their terroir and are faithful to three main precepts:- Respect for the environment: by creating small vineyards, it allows them to be inserted into the heart of the Garrigue forest without destroying it. The complexity of the wines: these 50 ha of vines inserted in 100 ha of forest, allow to enrich the vintages with new scents: arbutus, rockrose, wild mint, etc. - The preserved ecosystem: this unique forest allows to maintain the link between fauna, flora and viticulture. Daumas Gassac rejects all forms of chemical fertilizers and focuses on natural compost.