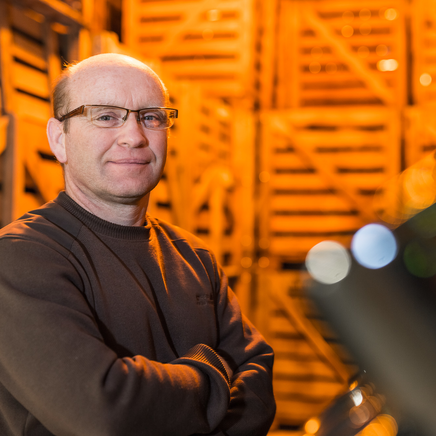 Baroville is the village of the Champagne appellation which has the largest vineyard in the Bar-Sur-Aube Region. It is here that Sébastien took over the management of his parents' farm in 2017,...

Baroville is the village of the Champagne appellation which has the largest vineyard in the Bar-Sur-Aube Region. It is here that Sébastien took over the management of his parents' farm in 2017, 7.5 ha of traditional Champagne grape varieties: Pinot Noir and Chardonnay to which he adds a little Pinot Blanc, conducted in a sustainable agriculture.

If, at the beginning, he only produced one vintage of raw Champagne, he has now diversified his creations by offering a rosé brut and a Marinette Raclot Prestige vintage in Chardonnay single variety. Inspired by the birth of his daughter Mathilde, he created a wine with a perfect balance between Pinot Noir and Chardonnay that gives a champagne of character, bearing his daughter's name and in honour of his mother who had the same name. The comments of specialists and consumers are positive, and highlight an excellent price/quality ratio.

The farm first belonged to his father, but was taken over by his mother. Sébastien went to study at the Beaune wine school and then returned to his family's land to join forces with his mother in 1998. It was only in 2017 that he became the sole manager of the estate, and he was also owner-grower-handler, which meant that he himself carried out the entire production process of Champagne Marinette Raclot, from the vine to the bottle, from pressing to marketing.

We grow two grape varieties, Pinot Noir and Chardonnay, which are two of the three emblematic varieties of champagne. Pinot Noir covers the Montagne de Reims and the whole Côte des Bar. Black grape with white juice, it gives aromas of red fruits and offers body and power to the blend. This variety represents 38.4% of the vineyard.

The history of wine is a real passion for us. It is transmitted throughout the entire vine process, from the production stage, where we practice sustainable viticulture, to marketing. Our different blends will delight your taste buds. So don't hesitate to come and discover our range of champagne!