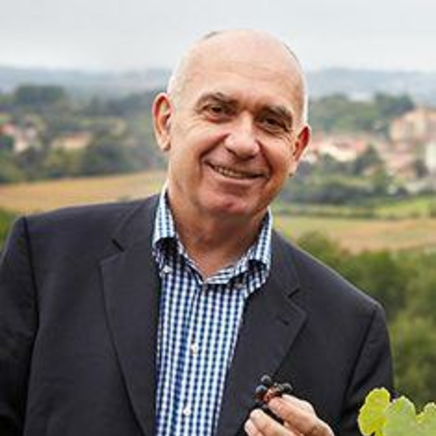 Located on the slopes of Maumusson, Domaine Sergent is a family property of 20 hectares...

(175 ratings)
“"An exceptional producer at the absolute top of quality in France". Distinction 5* at the Guide bettane+desseauve 2020”

Alain Brumont, who set out to discover the new terroirs of his region and is passionate about vines, has established himself as the icon of South-West wines in 30 years. Today, the winegrower is present on ...

For more than 30 years, the winemaker has cultivated the art of nuance on his different plots to create exceptional wines. Cited by the greatest in the most prestigious specialized magazines, Alain's wines stand out from the crowd and offer a complexity that intensifies with age. In the midst of his homelands, Madiran and Gascony, the winemaker develops more than a simple commercial brand, he creates a concept. The winemaker's mission: to sublimate the gastronomic products of his region through his vintages.

At the beginning of the 80s, Alain Brumont took over the direction of the domain in which he had taken his first steps. Château Bouscassé is his first work of art: his childhood inspirations led him to acquire numerous plots of land, growing from 17 hectares in 1980 to more than 120 hectares today. The 6 clay-limestone terroirs that make up the vineyard became the winegrower's playground and made his reputation. When he took over the family estate, the winegrower bought Château Montus, which was then completely in ruins. Stone by stone, Alain and his team are rebuilding the estate and its buildings. On the terroir of this property, he sees the potential to work on wines with great ageing potential. It is with this project that he aims to restore Tannat's letters of nobility. Emblem of innovation in the South-West region, Alain is the first to practice late harvesting and produces his first cuvées in softness. At the beginning of the 2000s, he created the "Coffre-fort du Tannat", the first logistics and storage platform that will enable him to store more than 4 million bottles while waiting for their peak. At Brumont, we don't skimp on means when it comes to keeping wine.

An environmental method: Our good practices allow us to certify that the elements of biodiversity (grassy rows, wood, hedges, trees, flowers, insects...) are widely present in our vineyard and that the pressure of agricultural practices on the environment (air, climate, water, soil, respect for biodiversity, landscape) is reduced to a minimum. We stimulate the natural defences of the vine and develop a wine-growing agroforestry. HVE Level 3 Certified Method.