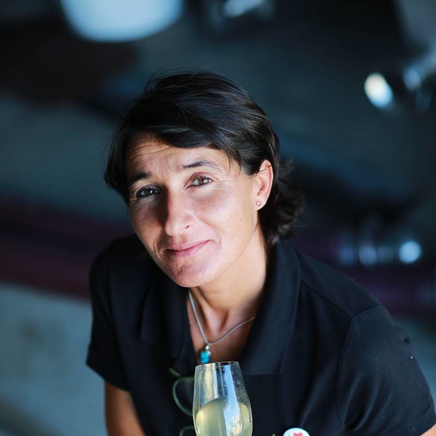 Château de Lionne is a 37-hectare vineyard. The Château is located in the town of Illats in the centre of Les Graves, between the forest of the Girondine, Garonne and...

Château de Lionne is a 37-hectare vineyard. The Château is located in the town of Illats in the centre of Les Graves, between the forest of the Girondine, Garonne and Ciron moors. This geographical location allows the estate to enjoy very harsh winters, very hot summers and sometimes we are entitled to some surprises such as spring frosts.

Véronique Smati decided to take over the Château de Lionne in 2007. The estate receives the most attentive care possible to restore this vintage to its former glory.
Véronique Smati has surrounded herself with the best team to bottle the Graves terroir. Grégory Dalla Longa, trained by Denis Dubourdieu, is the oenologist of the Château.
We mainly produce Red and White Graves, blended wines made from Bordeaux grape varieties. For the Red, depending on the vintage, we work Merlot, Cabernet Franc, Cabernet Sauvignon and Petit Verdot in different proportions. In White, Semillon often remains the majority associated with Sauvignon Blanc. The soils of Château de Lionne are divided into two entities, sandy-gravelly, draining and fresh soils, favourable to white and Merlot grape varieties and beautiful deep Graves soils that give the later varieties optimal maturity.

Le Château de Lionne is my Himalayas... a mixture of fear and tranquility. I've been around a lot and it's chance that brought me to this profession, so I won't say I'm different from my colleagues because many of them have been my mentors, I'll say I just live my job as a gift, different every day but so pleasant.


Our credo: to let nature and fruit express themselves.