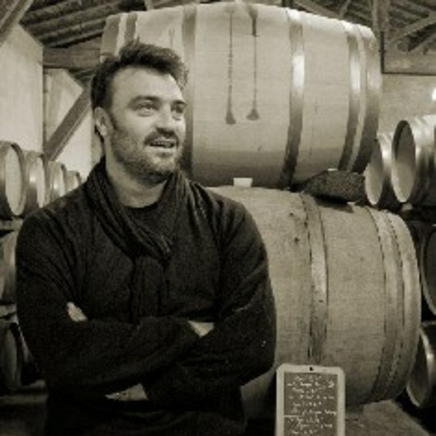 Château Sainte-Marie is a wine estate located in the heart of Entre-deux-Mers, in the commune of Targon. Since 1956, the Dupuch-Mondon family has been running the estate with passion and determination.

Historically dependent on the Abbey of the Sauve Majeure in the 18th century, Gilles Dupuch took over the property in 1982 after having discovered the soils of the Entre deux Mers and their potential to produce great wines. In 1997 his son Stéphane, after his studies in Montpellier, took over the property. His experience and passion make him an essential actor in Sainte Marie.

"Son and grandson of a winegrower, it was when I discovered with my father this magnificent terroir in the commune of Haux that I wanted to become a winegrower. It was in 1997, after completing my oenology studies in Montpellier, that I took over the property that I knew by heart. "

"Géraldine Lussiez, our cellar master fell into it when she was a child. She manages the cellar with a masterful hand, but above all she has that feminine touch that is found in all our wines. "