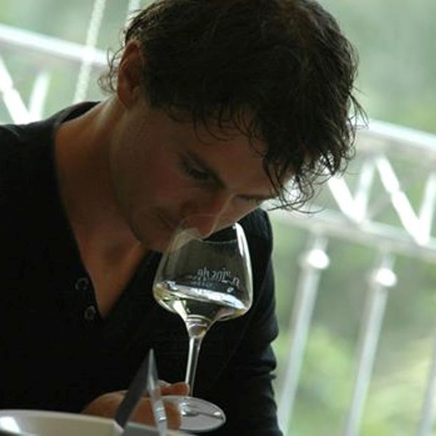 (2 ratings)
“The freshness and fruit of green Provence!”

Located in Cotignac, between the cities of Aix-en-Provence and Nice, and close to the Verdon Regional Natural Park, Château Nestuby welcomes you for an immersion in the heart of Provence...


Located in Cotignac, between the cities of Aix-en-Provence and Nice, and close to the Verdon Regional Natural Park, Château Nestuby welcomes you for an immersion in the heart of green Provence. The estate, located north of the Côtes de Provence appellation, benefits from an exceptional microclimate with hot days and cool nights, and the clayey-limestone soil, abundantly irrigated by the spring, is perfectly suited to Provençal grape varieties. The estate's grape varieties are composed of about ten different varieties; three white varieties: Rolle, Sémillon and Ugni Blanc, six red varieties: Syrah, Grenache, Cinsault, Mourvèdre, Cabernet Sauvignon, Carignan.


The story begins in 1947: Jean Roubaud, my grandfather, discovered a 19th century bastide in the heights of the Var, in the commune of Cotignac. It is surrounded by a natural setting of fruit trees and vines, which shelters a real treasure irrigating the estate's lands: LA SOURCE.Papi began marketing Nestuby wine in its name and bottled it for the first time in 1949. In the 1980s, there were more than 600,000 bottles sold throughout Europe, and the years went by, and they were not the same. In 1984, a young man, Jean-François Roubaud, my father, decided to take over. He settles in with a desire to technically modernise the estate and enlarge the vineyard, a resolutely forward-looking approach that allows the estate to grow to its current size of 88 hectares of vines in AOC Côtes de Provence.

The name of the estate comes from the spring that springs from its lands and gives the vineyard a unique character.