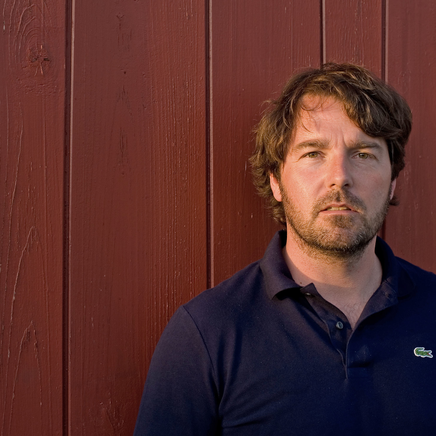 Located on the slopes of Maumusson, Domaine Sergent is a family property of 20 hectares...

Egiategia is the story of a winemaker from the South-West who takes the codes of winemaking in the opposite direction. Emmanuel is the first French winemaker to make wine underwater...

Emmanuel Poirmeur, the winemaker of Egiategia, proposes a surprising wine concept. Trained as an agricultural engineer and oenologist, he embarked on his winegrowing adventure in 2008 by creating his Domaine. He vinifies his wines under the sea in the bay of Saint-Jean-de-Luz. It's not the sea to drink, but almost!

Emmanuel Poirmeur, the winemaker of Egiategia, creates a wine concept that is surprising. Passionate about vines since childhood, Emmanuel logically became an agricultural engineer and oenologist. After a dense and diverse but already atypical career in the wine industry, he surprises once again by embarking on an individual adventure in 2008. He created Egiategia ex nihilo in a virgin territory of vineyards: on the French Basque Coast!

The story of Egiategia, "the workshop of truths" in Basque, is recent and impertinent. It all started with a strong conviction: to create from a blank page, with the freedom of the pioneers of the new wine worlds, the first winery on the French side of the Basque Coast. With this in mind, in 2007 Emmanuel registered a patent for the immersion and maturation of wines under water. Yes, you read that right, under water! Some of his wines undergo a second alcoholic fermentation in tanks immersed 15 meters deep in the middle of the bay of Saint-Jean-de-Luz. At the same time, his first Chardonnay vines are planted between the ocean and the mountains in 2009: the dream quickly becomes a reality and the adventure continues ... In 2011, he rehabilitates an old disused building from the 18th century into a wine cellar in Socoa

"Without dogma, I consider the chain of gestures that lead from the vineyard to the elaboration of a wine as a creative process in its own right over a long period of time. The wine is the result, its emerging part and the one that is finally tangible. It is this result that you can taste, but to fully appreciate it, you must also understand the process, the trajectory, that gave this result.""I try to propose wines that challenge to stop time, to allow this ephemeral moment where emotions, sensations, reflections, memories are produced. The best thing is to come and see us in Socoa (visits only on reservation), it makes one more pretext to discover or return to the Basque Coast."