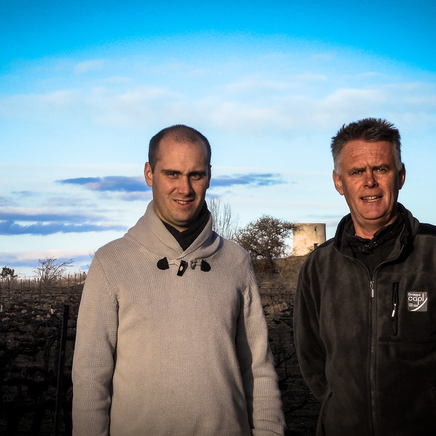 In 1212, the Templars built the commandery of Saint-Chaptes on the rich alluvial lands of the left bank of the Gardon. 800 years later, the keep still dominates the domain to which it was ...

In 1212, the Templars built the commandery of Saint-Chaptes on the rich alluvial land on the left bank of the Gardon. 800 years later, the keep still dominates the estate to which it gave its name.Domaine de La Tour is located in the Gard department, in the heart of the beautiful Uzège valley. Today, the domain exploits 103 hectares. The vines benefit from this typical Mediterranean terroir, they are planted on the silico-clay terraces of the Gardon, exposed to the south. The vineyard was entirely replanted with noble grape varieties in the 1980's, allowing for the production of two complementary ranges of wines: on the one hand, the noble AOP wines of the Duchy of Uzès, and on the other hand, wines from recognised grape varieties such as Merlot, Cabernet Sauvignon, Chardonnay and Viognier in the IGP Cévennes... The work on the vines and the maturing of the wine are particularly meticulous, and each generation has always made its own contribution.

Jean-Michel and Jérôme are the third and fourth generation of the Guibal family to operate the Domaine. In 1986, Jean-Michel bottled the wine for the very first time! At the time, only 600 bottles were marketed. In almost 8 centuries, the estate has only been sold 3 times! It was "only" in 1835 that the owners decided to develop the estate into a vineyard.

The road has been long, strewn with pitfalls and obstacles, full of hope and disappointment, that we have been able to overcome over the years to develop the quantities and above all the quality of our wines. The award of the Duchy of Uzès AOC in 2012 was a real reward.