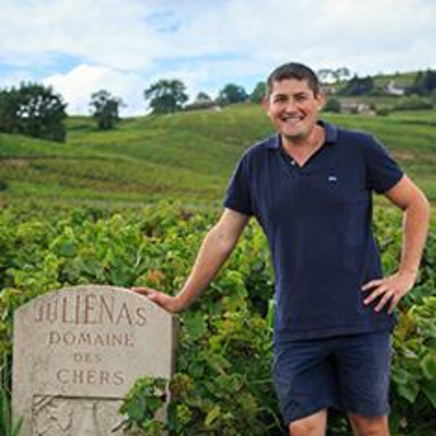 While tasting the wines of Château de Javernand, you will be transported for a stroll in the...

Located in a wonderful terroir, between Beaujolais and Burgundy, Domaine des Chers is a family estate born in 1956 and which extends over 5 hectares concentrated on the most beautiful parcels....

The history of Domaine des Chers began in 1956, when Henri Briday, then a wine merchant, invested in a beautiful 18th century building. His son Jacques continued his father's work from 1986, developing direct sales in particular and initiating the "Vielles vignes" cuvée. In 2009, after eight years of studying wine between Macon and Paris, Arnaud took over the estate, keeping his father's legacy. This alliance between modernity and tradition serves a single objective: to produce high quality wines.

"Having been growing up in my parents' winery since I was a child, I have always loved watching my father and grandfather work with passion. This generational culture of the vine has pushed me to study wines to perpetuate the family estate and strengthen my personal values. After completing my studies and then my first experiences in the wine sector, I returned to the family estate following the death of my father in 2009. I then had to take over the reins of the estate in order to continue to produce my father's wines with my own personal touch and strive to produce high quality wines on the Domaine des Chers."

"While many winegrowers destem or harvest more and more by machine... We try to preserve the typical character of our region, harvesting by hand and working on whole bunches as is the case in the traditional vinification of our wines. And this is probably our greatest pride."