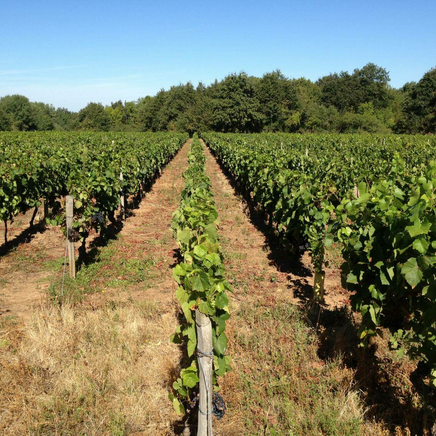 The presence of vines in Chateaumeillant is reported since the 6th century. The vineyard developed considerably in the Middle Ages until it reached an area of 1200 hectares around 1860. Completely....

The presence of vines in Chateaumeillant is reported since the 6th century. The vineyard developed considerably in the Middle Ages until it reached an area of 1200 hectares around 1860. Completely destroyed by phylloxera at the end of the 19th century, it was gradually reconstituted and has been recognized as a registered designation of origin since 2010. The Nairaud Suberville estate has the will, both in the management of the vine and in the vinification, to reconcile tradition and modernity. It also wishes to develop the reputation of the AOC Chateaumeillant by developing appropriate commercial channels so that it can be served on the best tables with the flagship of French viticulture. xxx

The vines of Domaine Nairaud-Suberville, which now cover 21 hectares, are at the exact limit between the Parisian basin (sandy-silty) and the massif central (metamorphic), in the commune of Châteaumeillant to the south of the Cher. Domaine Nairaud-Suberville is the largest in the Châteaumeillant appellation. Nestled in a green setting, in a bocage landscape made famous by George Sand, the Châteaumeillant vineyard has undergone a real revival since obtaining the AOC in 2010. To take advantage of the tremendous diversity of the terroirs, the parcels are now vinified one by one and each cuvée of Domaine Nairaud-Suberville bears the name of the parcel from which the grapes come. The geographical and geological particularities of this exceptional terroir make it possible to produce vintages of grey and red wine that combine the delicacy and sweetness of the fruit with the strength and vivacity of the mother rock.